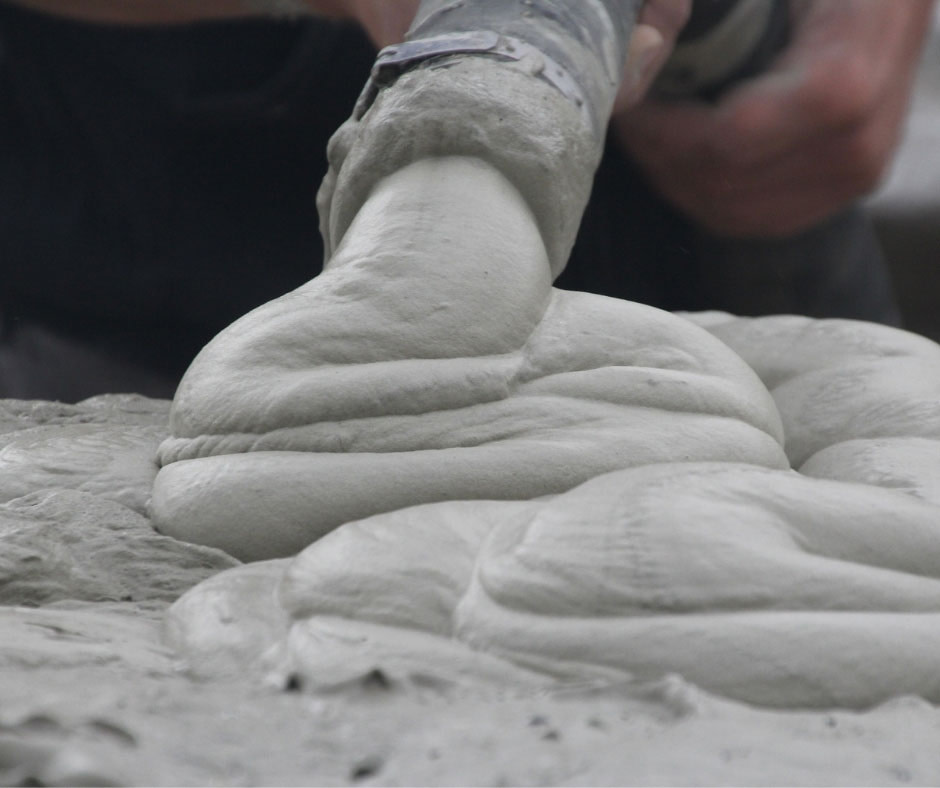 When working with cellular concrete and considering mix designs, a cardinal rule is that as density decreases, so does strength. In some instances, such as the material needing to be excavated at a later time, the loss of strength is a benefit. An additional benefit is that as the material becomes lighter, its thermal and acoustic insulative properties increase as well. A very basic cellular concrete mix design would consist simply of Portland cement, water, and externally generated foam, which is also referred to sometimes as preformed foam.
The water-cement ratio can typically vary from .40-.80, and the foam content is commonly as high as 80%, depending on desired density. Typically Type 1 Portland is used, however other Portland types may be used as well. When using other Portland types the benefits for which they’re used in other materials also apply to cellular concrete.

Typically when densities are below 50 pounds per cubic foot (PCF) (800.92 kg/m³) there are no fine or coarse aggregates used, as they tend to further decrease the strength. When above 50 PCF (800.92 kg/m³) sand may be introduced, primarily as a measure of economics. Portland is the most expensive component of cellular concrete—and when higher densities are required such as to displace water, but higher strength is not needed—it creates a good opportunity and reason to use a cheap filler such as sand.
Coarse aggregates won’t typically be introduced until densities are above 100 PCF (1601.85 kg/m³). In applications where cellular concrete is being used in this density range it’s more likely to be a structural or precast application. As with any concrete product, cellular concrete mix designs are particularly important because the mix design is critical to the performance of the material, relative to the application. Once a mix design is decided upon, it’s also critical the density when produced is monitored closely.

If the material being produced is too heavy, production yield and money is being lost. If the material is too light, it may not have the required strength for the application.

The water-cement ratio of cellular concrete can vary widely. Although most people don’t pay much attention to it, it should be noted that the water-cement ratio of cellular slurry does increase over the base slurry W/C ratio, due to the water in the foam that’s being added. As with any cementitious product, the strength of cellular concrete will increase at any given density when a lower W/C ratio is used. A general range would be .40-.80, with many mix designs falling more commonly between .50 and .65.
Typically, water-cement ratios should not be lower than .35. When W/C ratios fall below .35 the slurry can pull water from the foam when it’s added, causing the foam bubbles to collapse. However, high shear mixers, such as colloidal mixers, and/or the use of water reducers and superplasticizers can be used effectively to help avoid this problem and allow the use of lower water-cement ratios with good success.
When using water reducers or any type of ad-mixture with cellular concrete, testing must be done to ensure there are no adverse reactions between the foam and ad-mix. A typical result of a reaction would be the ad-mix causing the foam bubbles to collapse.

Note: The cellular concrete data above is compiled from industry publications.

These are generalized values that should be verified by testing with the use of local materials and equipment for any given project. Local materials, equipment, and slurry preparation—along with processing and quality control—can produce wide variances in the results for any given mix design. The compressive strength for any given density is one of the common topics that people are interested in. Shown above is a table with expected strengths and insulative values for a variety of cellular concrete densities.
The strength will vary based upon myriad factors, including final mix design, foam concentrate, foam generator, and base slurry preparation. As with other cementitious materials, cellular concrete typically has compression testing done at 28 days. 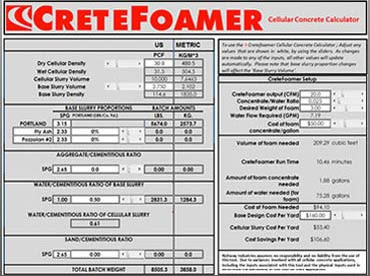 One of the biggest challenges with cellular concrete mix designs is calculating the proportions for both the base slurry, and the required amount of foam to achieve any given density. An experienced practitioner can do much of the calculations off the top of their head, and exact calculations with scratch paper and a calculator. Over the years, Richway has developed a Mix Design Calculator that makes mix design calculations and proportions a fairly simple process. In addition to calculating necessary batch weights and volumes, another extremely useful feature of the calculator is its ability to also provide cost analysis.

As can be seen in the screenshot, the Mix Design Calculator will calculate the required batch amounts based on the desired density and desired volume of material.

Approximately 21 ft³ (.59 m³) of foam is then added to make one yard³ (.76 m³) of cellular concrete. The calculator will also display the required amounts of water and foam concentrate needed, and as already discussed, helps in providing cost analysis for your project. 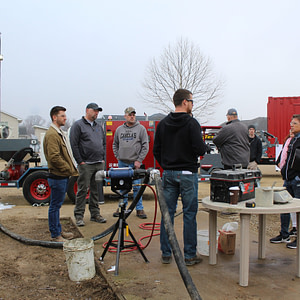 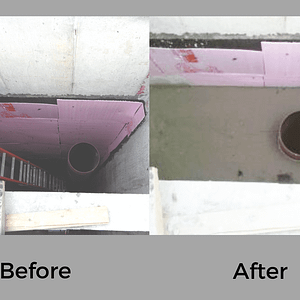 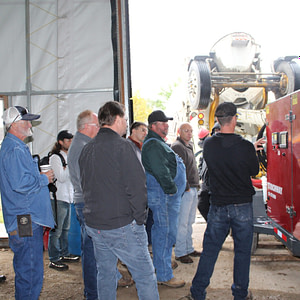 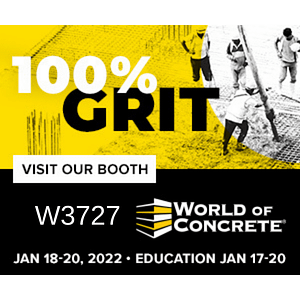